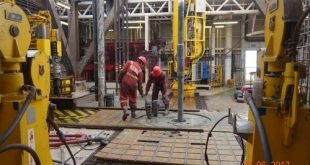 JAKARTA (RambuEnergy.com) – PetroChina International Companies, a China’s oil and gas company, sets aside capital expenditure (capex) of around US$300 million in 2018 to manage its 9 oil and gas blocks in Indonesia.

The company is also on the lookout to acquire or farm-in in a number of the country’s oil and gas blocks, including Mahakam, Kasuari Block in West Papua, East Kalimantan as well as Attaka blocks in East Kalimantan.

The moves indicated the company’s confident in investing in the country’s oil and gas industry sector.

President Director of PetroChina International Companies for Indonesia, Gong Bencai said the company will be more active in exploring and expanding in the upstream oil and gas sector this year. He said the capital expenditure will be used to drill 16 new wells, 17 workovers of 17 wells and well maintenance of 123 wells.

Of the capex, as much as US$56.9 million will be allocated to Jabung block, up from US$43.9 million last year.

Among blocks that are being operated by PetroChina is Jabung Block on Sumatera Island. The block produces 54,497 barrels of oil equivalent (boepd) last year.

This year, Jabung block’s production is expected to increase to 60,000 boepd. In addition to Jabung block, the company, through its subsidiary China National Petroleum Corporation (CNPC) is developing new fields, namely Sabar and Panen in Jambi.

The farm-in, however, is pending on the results of the talks between Pertamina and Total E&P Indonesia.

Block Mahakam has now been operated by Pertamina, through its subsidiary Pertamina Hulu Mahakam, after Total’s operatorship right expired at end of 2017. Total is in talks to own 39% interest in the block under the new Production Sharing Contract (PSC) scheme.

“It is being discussed, not official. We have just the talks,” Gusminar was quoted by an East Kalimantan local media. (*) 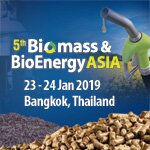