Who are members of the consortium acquiring Chevron geothermal assets in Indonesia & Philippines? 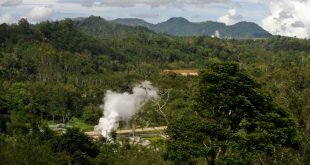 JAKARTA (RambuEnergy.com) – Chevron Global Energy Inc, a giant US oil and gas company based in California, has just announced that it has signed share sale and purchase agreements with Star Energy consortium for its Indonesian and Philippines geothermal assets. But who are behind the consortium?

Apart from Star Energy group, the other key member of the consortium was Ayala Corporation, diversified business group of the Philippines. Ayala joins the consortium through its energy and infrastructure subsidiary AC Energy Holdings Inc (AC Energy).

The acquisition will be made through their joint venture company, Star Energy Geothermal (Salak-Darajat) B.V.

On the other hand, the Philippine consortium consists of AC Energy and Star Energy Group Holdings Pte. Ltd. and the acquisition will be made through their joint venture company, ACEHI-STAR Holdings, Inc.

The value of the transaction is yet to be disclosed by Chevron.

“This acquisition is a major milestone for AC Energy as this scales up our renewable energy platform and establishes our presence in Indonesia. This is a significant step towards attaining our goal of reaching 2000MW by 2020,” said John Eric T. Francia, President and Chief Executive Officer, AC Energy Holdings, Inc.

In Indonesia, Chevron subsidiaries operate the Darajat and Salak geothermal fields in West Java, with a combined capacity of 235MW equivalent of steam and 402MW of electricity. Both geothermal assets are located in West Java.

In the Philippines, company subsidiaries have a 40 percent equity interest in the Philippine Geothermal Production Company, Inc., which operates the Tiwi and Mak-Ban geothermal field in Southern Luzon and supplies steam to power plants with a combined name plate capacity of around 700MW.

Chevron has said it decided to offload its Indonesian geothermal assets as the company wanted to focus on upstream oil and gas business in Indonesia.

Star Energy was created in 2003 as an independent energy company, with its base of operations in Indonesia. Its Vision is to be the fastest growing, most profitable, best managed energy company in the region.

Star Energy was created to be a vibrant, innovative energy organization focused on growth and combining the best practices and features of the major energy companies, including technical excellence, financial prudence, risk management and good governance.

Star Energy was found by Prajogo Pangestu, who is also the owner and founder of Barito Pacific Group. (*)